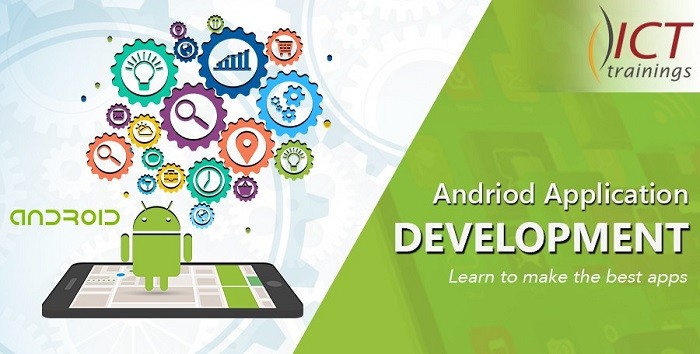 What is android programming?

Android apps programming is the process by which new applications are created for devices running the Android operating system. Moreover, android apps can be written using Kotlin, Java, and C++ languages using the Android software development kit (SDK). Android is a denoting software; with free code, a modified mobile operating system built by Google for use on touchscreen devices.

This course is intended to cover various concepts and practices for Android apps programming. You will learn new patterns of development. Even though Android uses the Java programming language, the way that code should be written on Android is significantly different from other languages that might be written for back-end or desktop applications.

This course is specifically about developing Android apps which is based on different applications. Developed by using the Java or kotlin programming language and the Android framework.

Android devices are getting more efficient and affordable and there are no signs of a slowdown in the need for capable app developers. So if you're hoping to pick up this skill set for professional purposes, this is a fantastic time to do so. It is necessary to have a good understanding of Java before getting started on this path.

It’s known globally and is the most used operating system. Android software is installed on smartphones and is also used on other smart devices such as TVs, tablets, laptops, and watches, etc.

ICT-trainings institute presents this course for people who want to build native applications on Android. The training methodology is served step by step by the professional and experienced trainers who wish to enhance your skills of programming android apps from scratch!

I have learnt a lot from Sir Tayyab. Sir has conveyed all lectures very well.

Trainer is very nice and humble with amazing communication skills.

I am really satisfied by the services provided by ICT Training Center. Trainer was amazing . His way of teaching was great. Classroom environment was also excellent. I really enjoyed learning here.

I did an Android Web App course Mr Tayyab is an excellent trainer with a friendly n helping nature Content is one the best to find. Yawar Sehbai

In this organisation me learn a such skills which I want. I thankful to all staff members for cooperate during this session.

Well all session was good. I learnt so many new things.Experience of taking all the class was good as I expect. The experience of instructor is so impressive.

This is very great training center. Teachers of ICT are very nice. I learn many things from them. The environment is peaceful.

Overall satisfied by the course content, classrooms and instructor. Instructor has the knowledge of the course and is very keen to teach us.Some times extra things as well.The only problem for me was the class strength because of that our pace was very slow and at the end too fast and some of things were conveyed very straight forward.Overall its a great institute for these kinds of trainings.

Overall satisfied with the course .Place was fine as well as the enviornment.Teacher is well trained and have great knowledge of the course.

I have a good experience with Sir Tayyab .It is great place for learning enviornment and I have learned more things in this course

had a pleasant experience

PKR 20,000
Add to wishlist
No money charged in this step